My second song. My second song I found out of anguish to finish a degree with high honors that I've been hiding attaining. One that offers me much torture to attain because of the high marks that have been found out about since my move. I say my second song because the full expression of my art in lyrics is seen in “She Finds the Chords Herself” that I gave to Ned Euphorya to compose for me and is the first gift of full expression. And I had such a hard time forming the words to such magical thoughts that I had mapped out in my book “The Virtuous Woman.” Now because I've come pass the process of death, murder actually, of my unborn child at 17 at 5 months pregnant, thinking of her first and then writing, I show my gifts more, hopefully in full, I feel now not always thinking of her subconsciously and never reaching the full extent of my gifts. I had a hard time letting go of the first song – but I don't want to die a Van Gogh or other famous artists discovered after death. So I don't hold my gifts now when I know they've come to me in full and tell my famous story in my head how it will be, I make it happen now. This is worth fighting for.

Though some may, and I hate it, when you write assume a standpoint in it and that they're being longed for, or something outside of the writing. It stands for my love of life at those times, sometimes being when I was abused. It's also at a point of being able to pass by them in my walks and acknowledge that I'm doing this. 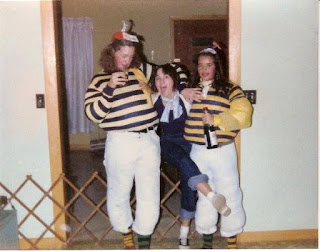 You say,
“Flower still,
be still, inside of me,
under the sheets,
in the chair,
cornered everywhere.”

Posted by lorijeanfinnilainthekitchen at 3:12 PM