Human Trafficking: The Beginning of It in a Song #newsong "Till Then" #rectified #humantrafficking #sexualassault #God #lorijeanfinnila

After initial attempts to be taken down in NYC, I ended up home, where it appeared to have started.

Having a best friend refer me to a house where I could rent a room, druggings, creeps in the middle of the night in my bed, and then eventually turned to fondling. I had to desperately try to escape acts that I had no idea where they were coming from, of what I now believe to be steps toward human trafficking. I didn't know about the romanticize step and it wasn't easy to get me past this one to pass me on to others. Feeling desperate and alone I gave in to isolation where I had no support from family and friends or authorities and even had to question their involvement at times being told to go to non reputable bars when I went for help of being drugged by juvenile cops - learning later they were trying to get me pregnant at this point after so many attempts to get me to go meet other people through romanticizing.

I was eventually put in a room with no lock on the door. My phone line was wired into another man's room without my permission. That's when the drugging and fondling started. It moved to a hospital visit from there where the man was an EMT. The abuse continued through hospitals when I'd cry for help that I was being drugged. It ended up my car was crushed and dragged down the road with me in it post to a death threat wired audio message in my trunk 'Saying I was going to die' like my father. A nurse had told me he was worried about me before he died that summer. He had just told me I was safe with this EMT when I questioned why would he want me to move and live with him? The landlord had been giving me strange scary looks. My friend who referred me to him had changed her attitude toward me as well.

When you know what kinds of things the human traffickers do it makes it so much easier to piece together. The EMT in the house where I rented the room had been telling me he picks up homeless and/or referring to weak people and put them in mental institutions and would I like him to do that to me. 'No' of course I said astonished. Then he came by later after my dad died when I was drugged badly with an ambulance as I crawled down the hall to just make putting a latch up so he couldn't get me. You could hear he was very annoyed then left.

Where my ex husband had been known for his bold, wild, brash behavior, even towards me for leaving, there was question to his involvement toward revenge in vengeance, especially after my mom told me he was there at a hospital when I was in a slight coma being abused nine years later when this was happening to me after not seeing him or having contact - the judge ruling him abusive at our court held divorce proceeding. The more I learn the more I educate myself on the cunning procedures of human trafficking.

My latest song "Till Then" sings about the time before God when all is believed for everyone and rectified.

I ran so far and fought so hard up to the point of being fully taken down to rape. I had to run another 20 years from those at highest points in the business you can imagine from doctors, authorities, attempts in hospitals and homes.

Clip of "Till Then" 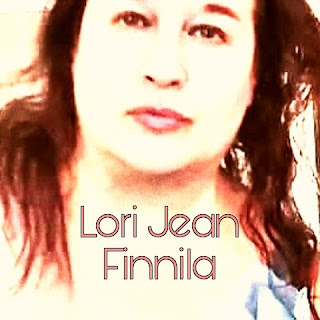 I will share more as I learn and figure out.

Posted by lorijeanfinnilainthekitchen at 1:54 PM No comments: