"Hurts So Bad Outside" for Lori Jean

Lori Jean Finnila lucked through one tragedy in real life working at The World Trade Center in turn for another. Try to identify with the war inside a woman's body after it's been rocked. Fools play Jesus with her religious beliefs at this time - the only person she had to count on. Her back still hurts in multiple places in addition to the hole in her head from injuries inflicted upon her.

She talked about her baby's hair, where her and her husband would live - but he never wanted their baby, this she never understood, for REAL.

Release, "You Didn't Even Want Our Baby," will be out at major retail online stores as an EP. Injury, the fight emotionally, and the outcome show in this album. The song, "My Dirty Draws," already released showing the reflection of battling the woods as a female will sideline the album. Look for the upcoming EP at iTunes, Shazam, Spotify and more as well once she can afford a Mac Mini to finish recording it. She will do Acapella and put those up at her blog titled Lori Jean Finnila at blogspot.

Jean has been recording and releasing since the worst of her injuries running from abuse for over twenty years from a  stalker, when she couldn't write novels anymore. Find most of her music online and the warm welcome from the press and music community that has supported her. 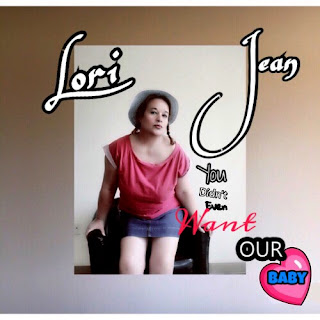 Posted by lorijeanfinnilainthekitchen at 9:37 AM