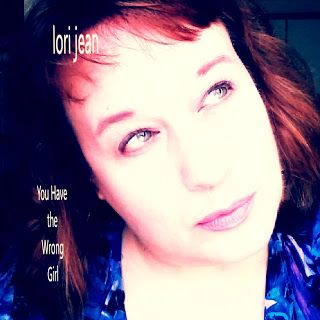 Wanting the world to see her seasons with delight in a world where there is taught to be none as a seasoned woman, "Lori Jean" shares the beauty process of coming back to her youth!

Being open about a bad marriage and bad boyfriends the single mother of an adult son is more than willing to share her process of coming back to herself. She wants to share this in other women's stories in feature films.  She wants to produce these films from a beautiful country that she feels will appreciate her nationality and respect her work given the chance.

A production house that makes movies from the ground up that is written by women and about women is a specialized target. Lori Jean wants the world to know she is willing to take it on. Trained with honors in screenwriting she has already won an award for her first feature film written in school. She has also produced a one-of-kind music video she wrote about stalking that can fit into many categories of women's lives. She offers a no nonsense approach to her plots and is firm with the story line. There's no changing her mind to the message she see's to deliver content.

She comes out with songs promoting healing with love and combating abuse changing the world with her music. She's been producing through her own production company, "LJ Productions and Publishing," putting out books, videos and music for fourteen years. Film and music are only a couple of her largest goals she wants to attain.

She plans getting every homeless teen off the street and out of the woods and into private camps. She started out with "A Little Love From You" song for her "Mamma's Milk" campaign with "XRP Radio" in Scotland. The money from the song for sale is to give to the milkmen to feed the homeless children. She wants these kids to feel loved where she felt lost and alone once as a teen. She also wants to open a "Jovita's Pizza" where she's Portuguese and her grandma said Lori Jean could only call her that. She wants to form crusts/breads that will be seasoned to each country's culture with their cheeses. A percentage of the money she wants to use to fund teen camps.

About Us
Her true-life and true inspired stories that she's written are shared as a learning experience for others. A single mom trying to put food on the table to her running through a hospital hall with a full stack of EEG papers of hers after malpractice is a delight. All women have their stories of heroism. If we could only hear and see them and embrace and enjoy their success. She's always touring.
Posted by lorijeanfinnilainthekitchen at 4:25 PM