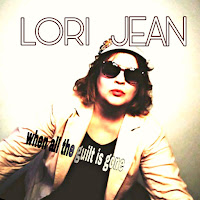 A song titled “We All Fail Sometimes” is inspired by the movie “Stronger Than the World” portraying champion boxer José Aldo's life as a troubled youth with domestic violence in his life. The release will be at Spotify July 12th.

Lyrics in the song 'silent this moment' is a place where you stand alone and hear or see no one around you. 'Another day' is a day unrecognizable in time because shock brings silence to fright. 'I don't see it in your eyes' means there's no warning sign. The anger can come from nowhere. That's when the worst injuries happen. 'Am I really here?' is when shock enters as you see your life shine before your eyes. We call this the place before death.

Cristiano Ronaldo, also a dedicated athlete, shows his fancy footwork in a Netflix Documentary that inspired the kid-friendly song and video “So Groovy” by Jean as soon as she saw his fast foot work on the field. The Spotify release is on Mother's Day, May 12th and meant to get kids involved with sports and the arts. The video will be at Lori Jean Music YouTube, submitted to “MTV New Music Thursdays,” and her lyrics at her MTV Italia page.

Also watch for “When All the Guilt is Gone” published by Jean as well October 12, 2019 also at Spotify. The song is about being able to love when you're not feeling the guilt. All songs can be heard and downloaded for media outlets and airplay at her Lori Jean Soundcloud page and follow her at Lori Jean Artist Spotify page for more information on the upcoming releases.

Songs are registered with BMI and Sound Exchange. Contact Lori Jean Finnila at ljproductionsandpublishing@gmail.com or 503 568 1687.

In Word
Posted by lorijeanfinnilainthekitchen at 12:01 PM